Our company is a leader among exporters in the Republic of Mordovia. It has been noted at the ceremony which took place today, September 11, where best exporters of the region have been awarded.
⠀
Moreover, on September 9, the winners of the district stage of the Russian Award Exporter of the Year in the Volga Federal District, which is a traditional leader of non-resource exports in the widest range of products, were announced. Our company took part in the competition and, according to the results of the united district competition committee voting, won the second place in industry, the category: big business.
⠀
The Exporter of the Year Award was established by the government of the Russian Federation and is included in the list of measures of the national International Cooperation and Export project.
⠀
The prize is awarded to organizations and individual entrepreneurs who have achieved the greatest success in exporting non-resource non-energy goods, works, services, as well as the results of intellectual activity. 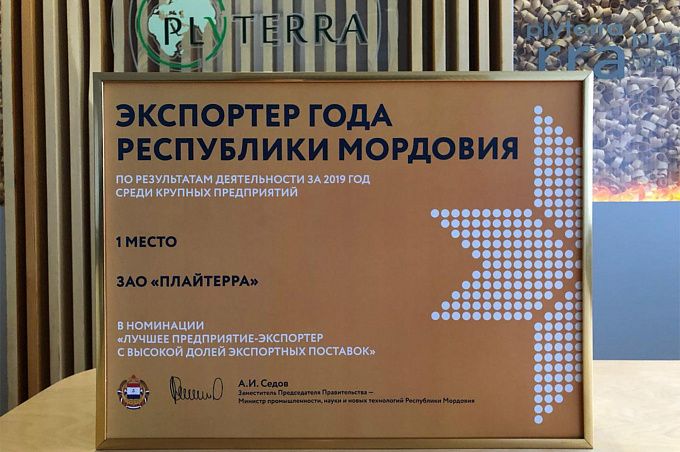