Plyterra products are supplied to 56 countries: Plywood with the mark of quality

Plyterra Group has become a leader among exporters of the Republic of Mordovia. In 2017, one of the leading manufacturers of plywood in Russia accounted for about 16 % of total export of the republic. The products of Plyterra were used in the construction of the most significant objects in the country: from the Crimean Bridge to the "Vostochny" Сosmodrome.

Today Plyterra Group annually increases the volume of plywood production: according to plans, in 2018 this figure will reach 190 thousand m3. Up to 80 percent of products are exported to 56 countries and the geography of supply is constantly expanding.

‘More than once the Ministry of Industry and Trade of the Russian Federation recognized our company as the most dynamically developing Russian exporter of woodworking industry,’ said Director General of Plyterra Group Sergey Nikonorov. ‘We use the best practices and our own innovative solutions to fulfil all wishes of our customers. That is why one of the areas of our development is customization. It means that we adapt a mass product to the requirements of end users or market segments and thus we increase the share of industrial buyers.

Plyterra Group pays particular attention to the production of special plywood. Its range is constantly updated: today it includes more than ten products. Among them there are several types of film faced plywood, sound-insulation, antivibration plywood as well as plywood for laser cutting and for production of acoustic systems.

Fire-retardant plywood is in high demand. It is presented at the market as a separate brand PlyGuard. Today, fire-retardant plywood from Plyterra is used in the production of almost every railroad passenger coach in Russia. This product is also gaining popularity abroad: it is actively used by the largest manufacturers of rolling stock, trams, and buses. And since fire safety standards must be observed not only in transport, but also in objects of mass stay of people, PlyGuard plywood has a wide area of application.

The quality meets all international requirements: Plyterra Group cooperates with certification and regulatory societies in Russia, Europe and North America.

Thanks to this, the company was able to participate in the implementation of large-scale projects in Russia and abroad. The products of Plyterra Group were used for the construction of the Olympic Stadium in Berlin and one of the FIFA World Cup 2018 stadiums - Mordovia Arena in Saransk, the Mariinsky Theater in Saint Petersburg and the Moscow International Business Center “Moscow City”, passenger ships and ice-breaking tug, the Crimean Bridge and the "Vostochny" Сosmodrome. 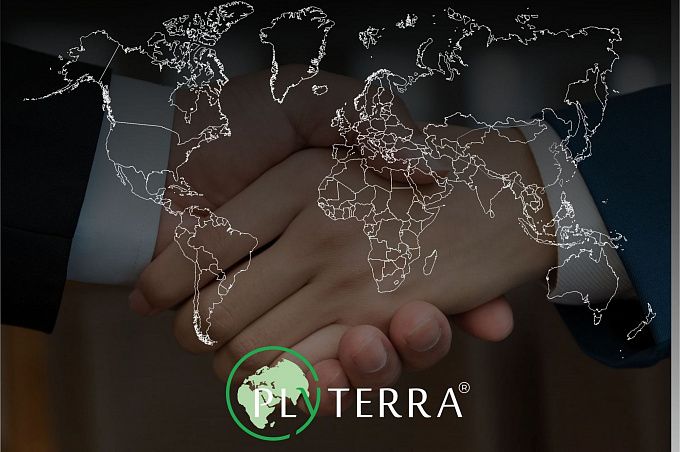