The construction of a new Kazakh Drama Theatre in the capital of Kazakhstan is nearing completion. It will be named in honor of one of the founders of the Kazakh professional theatre art - Kalibek Kuanyshpayev.
The theatre has been built on a plot of 6 hectares. The three-storey building includes a large hall with a capacity of 640 seats, a chamber hall with 200 seats, an art gallery, a restaurant, a ceremonial hall, dressing rooms, administration offices, utility rooms and sanitary and amenity facilities.
The project of a new cultural site impresses not only with its dimensions, but with its architecture as well. The territory will be decorated with three-meter busts of famous Kazakh artists. The best materials have been used in the construction of the theatre. The walls of grand and chamber halls, as well the stages have been decorated with the fire-retardant plywood under the brand name PlyGuard produced by Plyterra Group.
Construction works will have been completed by the Day of the Capital of the Republic of Kazakhstan. 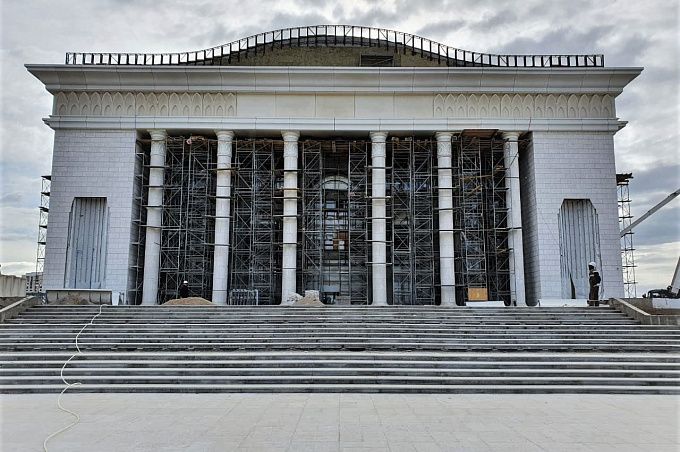 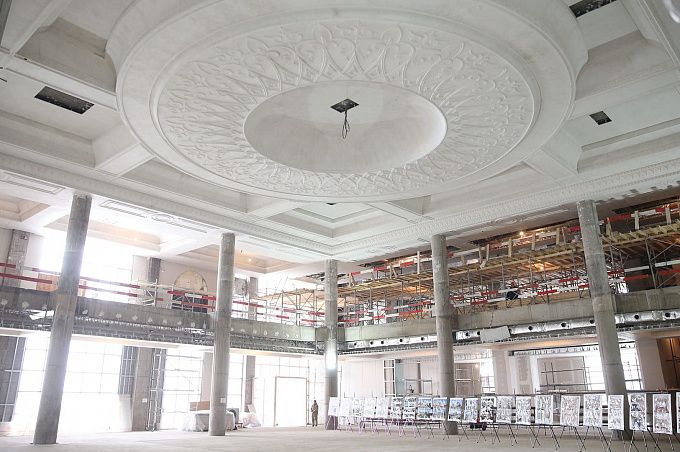